As we are flying from Honolulu to Seattle, I finally take some time to write about our exotic and relaxing stay in Hawai’i. Out of the eight islands, we picked Big Island because it was less crowded than Maui or Oahu, because it was the youngest of all islands and it offered a rare opportunity to discover an active volcano.

This tiny portion of land, lost in the middle of the Pacific Ocean (11 hours from Sydney and nearly 6 hours from mainland USA) “hosts” no less than 5 volcanoes. Some are extinct, some dormant and expected to erupt anytime soon, and one of them, Kilauea, has been active and erupting non-stop since 1984.

Because of all this volcanic activity, the West Coast of the island looks like the surface of the moon.The ground is covered in ancient lava flows that are not yet eroded because of the lack of water, whereas on the North and East coast, dense tropical forest, waterfalls and lush fields are watered daily by heavy rains. 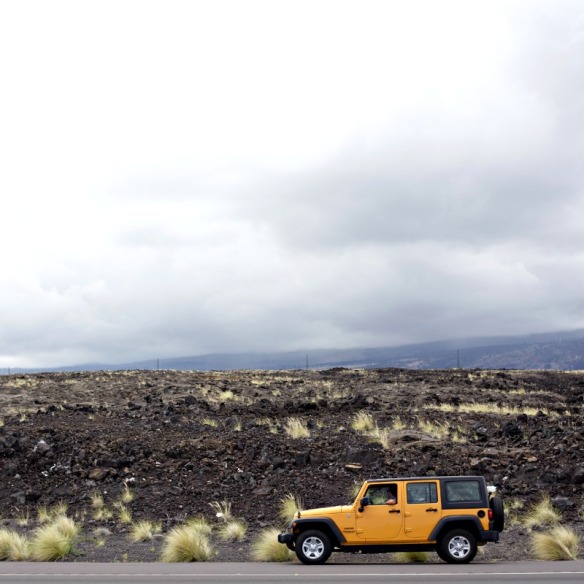 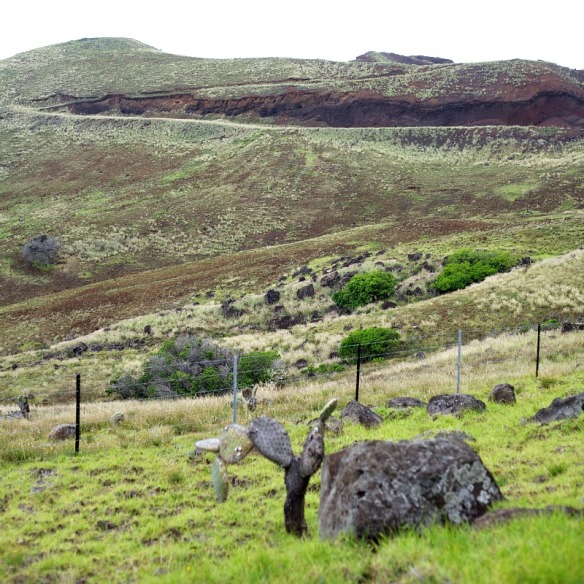 Big Island has only a few natural beaches, some made of white sand, and most others of black sand. These places are little gems where we spent great moments with the children. It was the first time in our trip that we could swim in warm and welcoming waters. No jellyfish, no sharks, no crocodiles, no strong and freezing austral currents. Finally !

We took a couple of videos at Kua Bay so you can share the moment. (video will come later… still editing)

We were staying in a very nice resort on the West coast, an artificial oasis surrounded by petrified lava fields.

Even the beach was man-made, with sand imported from Australia. This did not seem to be a problem for the Hanu turtles, a local endangered species that we met regularly on the shore or in the water. 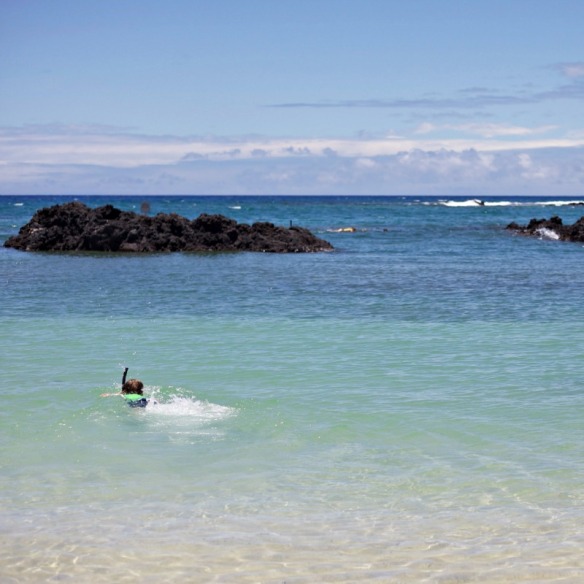 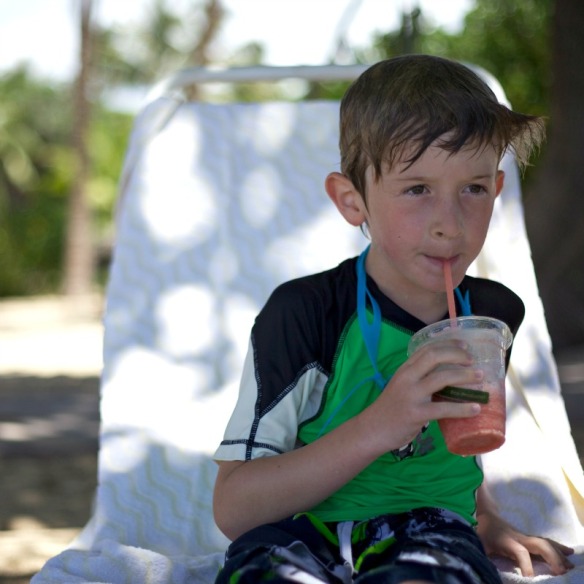 Apart from enjoying the pool and beaches, we took our fourth helicopter tour to visit the island and fly over Kilauea. 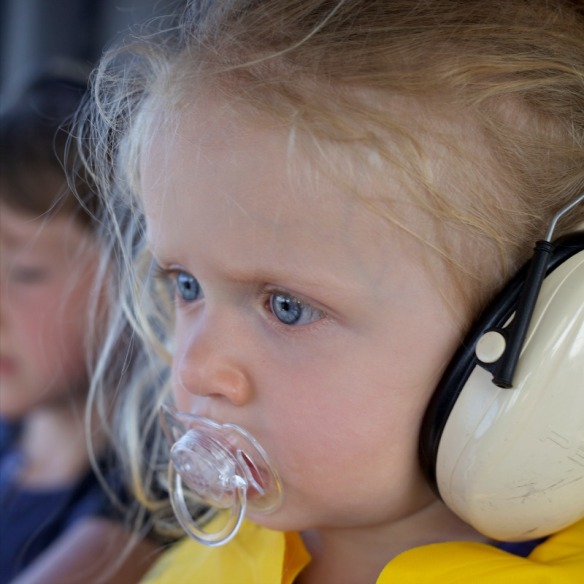 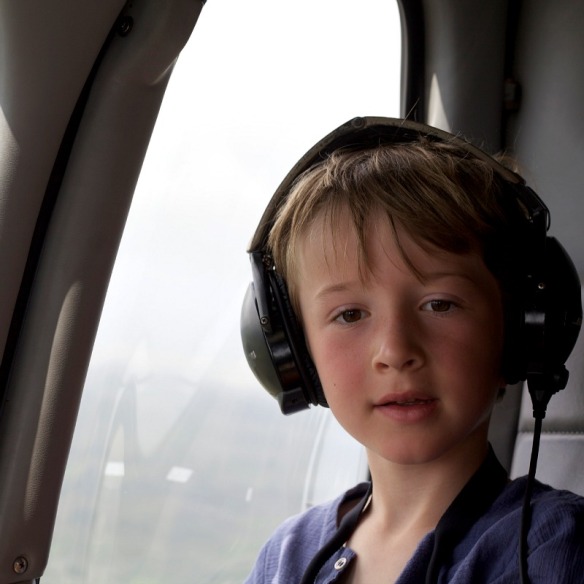 This spectacular flight took us right above a secondary crater (a Puu) where the eruption has been taking place for the last 30 years. The magma fills up the crater and lava flows towards the sea. The eruption has destroyed a entire village, that has been partially rebuilt since, and destroyed again in 2011. Segments of roads and some trees are still visible in some places. Everywhere else, nothing but a patchwork of rock fusion.

These apocalyptic views were another eloquent illustration of nature’s power. We felt small and fragile when flying in our light helicopter over this 2,000 degrees furnace emanating directly from the center of the Earth. What a great geography lesson for Alvar ! More memorable than the already very exciting classroom volcano eruption made of baking soda and vinegar 😉

After 9 weeks of adventure, we are now approaching the end of our trip. If we initially planned to go to New-York, we recently changed our minds and decided to stop by Seattle so we all can have a look to the place we will soon call home. Alvar will meet with his future classmates and teachers at the French American School of Puget Sound, we will all take a tour of the area, visit a few houses and hopefully find the one we need for the next couple of years.

Seattle will be our last stop before coming home to Paris. We are all excited to be just a few days away from seeing family and friends again, indulging in homemade cuisine and putting a halt to the routine of packing and unpacking. We are already nostalgic when thinking back on all the wonderful moments we shared in such beautiful places. Now that we are certain Alvar and Austine are great little adventurers, we will definitely do it again, whenever the opportunity arises. We just need a little time to think about the itinerary.