From one capital to another…

It was 23 degrees when we left Tokyo on Tuesday morning. We enjoyed a walk in the Hamarikyu Gardens where the first signs of Springs (sample) were already noticeable. 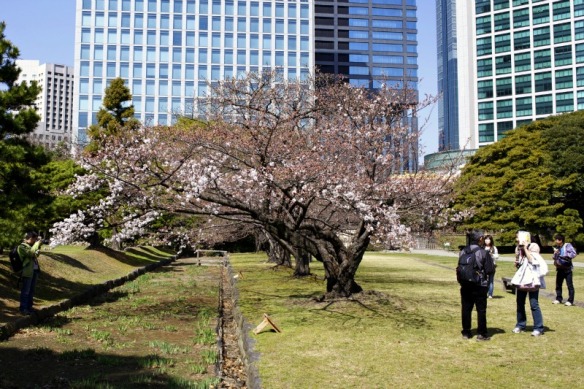 We then headed to the station to board the renowned Shinkansen. Efficient, fast and clean with beautiful glimpses of Mount Fuji. Two hours and some minutes later, we were in Kyoto. 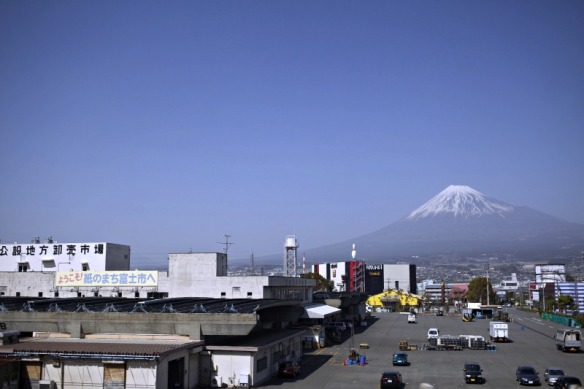 Here, we rented a traditionnal but modernized house in the old Gion district. After almost two weeks of hotels, we all appreciate the space (relatively speaking of course), comfort and joys of a simple home-cooked meal.

Out on our first stroll in the city, Alvar met a couple of friendly Geishas. 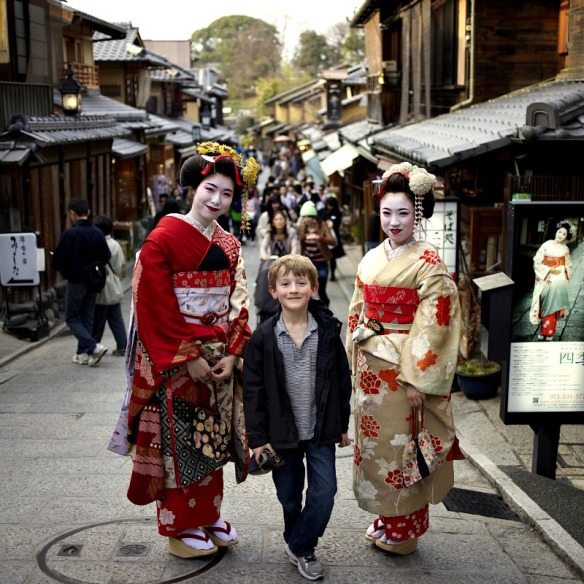 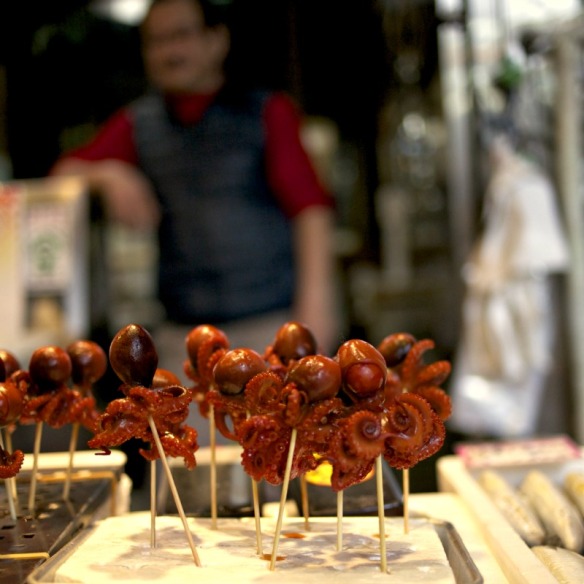 We also visited the Kiyomizu temple, erected in 1633 and part of the Historical Monuments of Ancient Kyoto. Grandiose with its large veranda, supported by tall pillars, that juts out over the hillside (13m high). 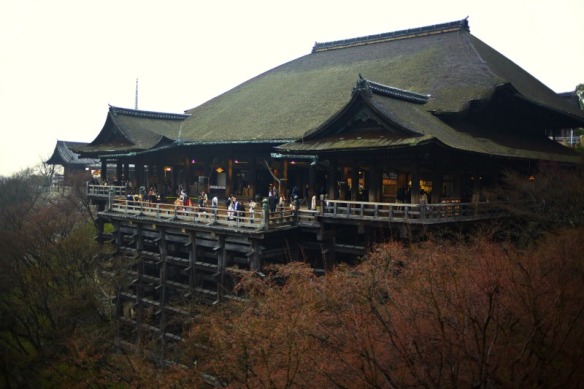 Believe it or not, not one nail was used in the construction. There is an expression in Japanese that goes “to jump off the stage at Kiyomizu”, equivalent to “diving into the deep end”. Apparently, an old Edo era tradition of jumping off the veranda successfully (i.e. living through it) ensured one’s wish would come true. It so happens 234 jumps were recorded, with a fatality of 15%. The practice is now no longer authorised.